Posted by Sabrina | Lifestyle | No Comments 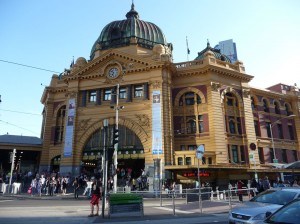 I'm a Sydneysider, brought up with the parochial belief that Sydney - big, brash, sunny and with beautiful, crashing waves on its beaches - is better than Melbourne with its quiet Yarra river and flat beaches. Rivalry between Australia's two biggest cities has been going at it hammer and tongs since before Federation. Sydney's the place with the wow factor. It has the Sydney Harbour Bridge. It has the Opera House. It has a zoo where giraffes have an unimpeded, stunning view of the city itself. Sydney's the city that people living overseas automatically associate with Australia. But is it better than Melbourne? Melbourne has been ranked the world's most liveable city three years in a row, and as I spend more time there for work and family reasons, I'm beginning to understand why. It's not that the cost of living is appreciably less than Sydney, particularly in terms of housing. Property prices in both places are hefty whether you are buying or renting. The cost of food and petrol is much the same, too. It's to do with the character of the city. Melbourne's city area has a more European feel than Sydney's, which I like. END_OF_DOCUMENT_TOKEN_TO_BE_REPLACED